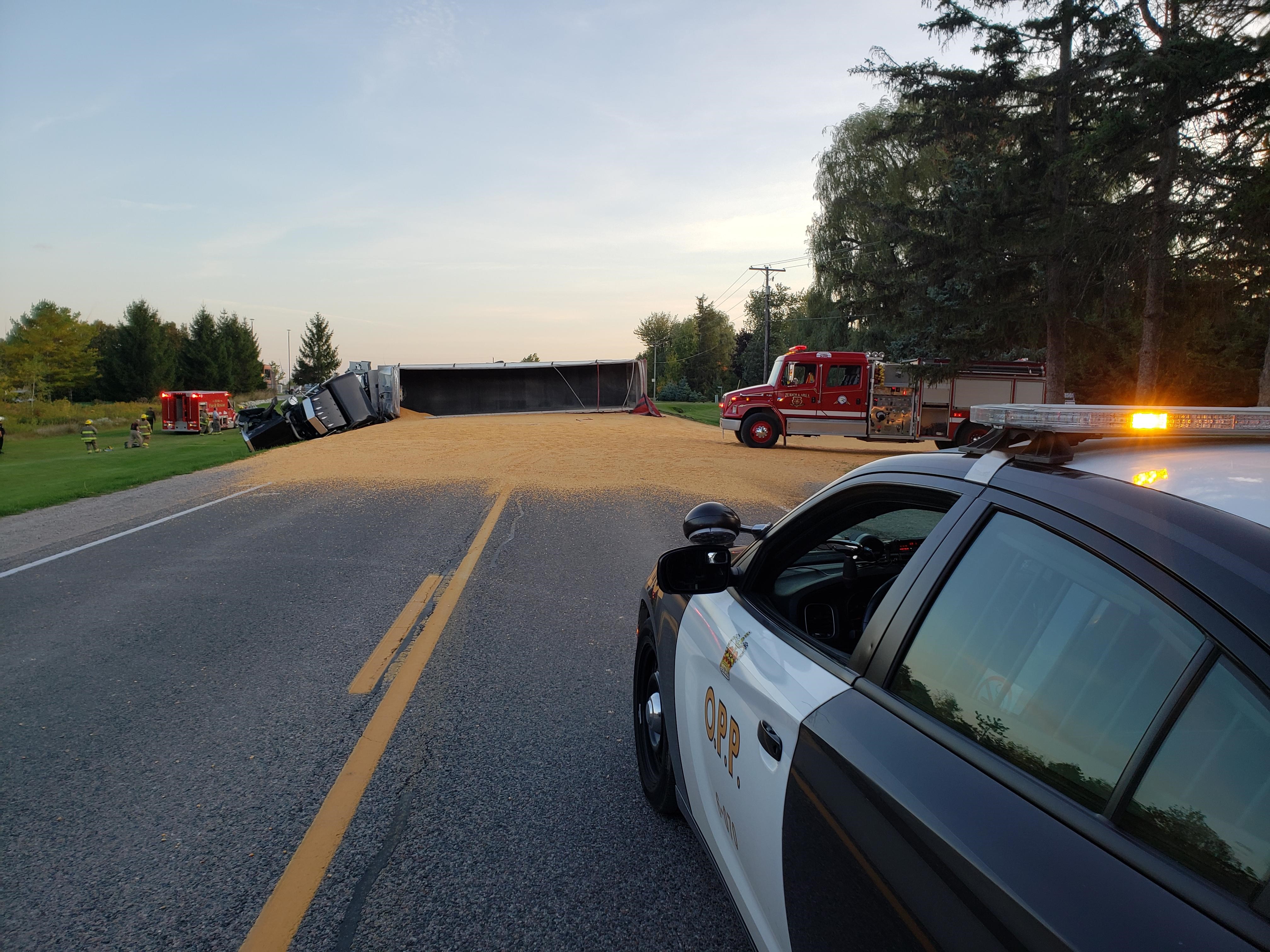 (BLUEWATER, ON) - A two-vehicle collision that took place on Thursday, October 10, 2019 north of Grand Bend has resulted in the death of a senior from Dashwood.

Investigators from the Huron County OPP Detachment & West Region OPP Traffic Incident Management & Enforcement (TIME) Team have since determined a passenger car driven by the deceased entered onto Bluewater Veteran's Highway from a private drive into the path of a transport truck that was travelling northbound at a highway speed. A collision ensued which resulted in fatal injuries to the driver of the passenger car. The driver of the transport truck was transported from the scene to hospital with non-life threatening injuries.

The deceased has been identified as 85-year-old Joseph O'BRIEN from Dashwood.

The roadway was closed for several hours for the traffic investigation, including the roadway cleanup as a full load of corn spilled onto the roadway and ditch.