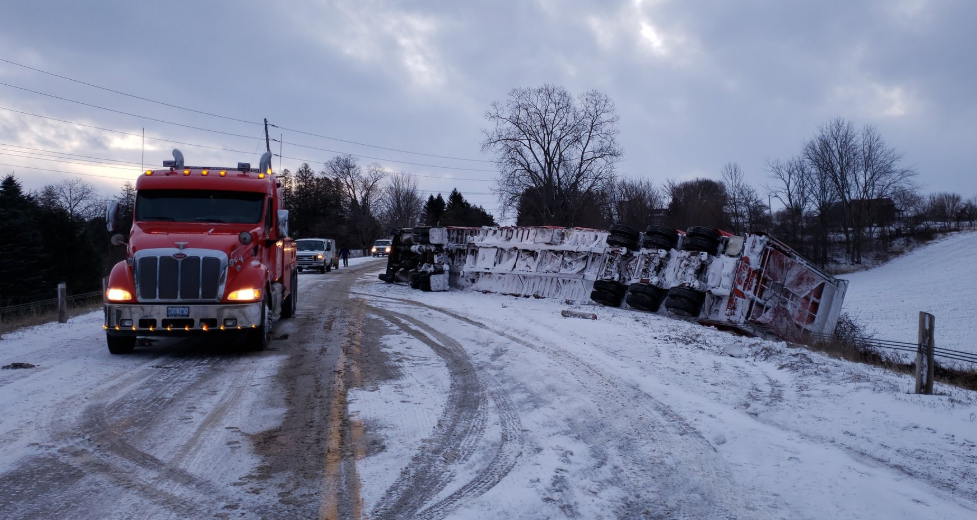 The transport truck and trailer was loaded with chickens at the time of the crash.

The roadway is expected to be closed for an estimated three to four hours. Please take an alternate route to avoid delays.

The cause of the crash remains under investigation.