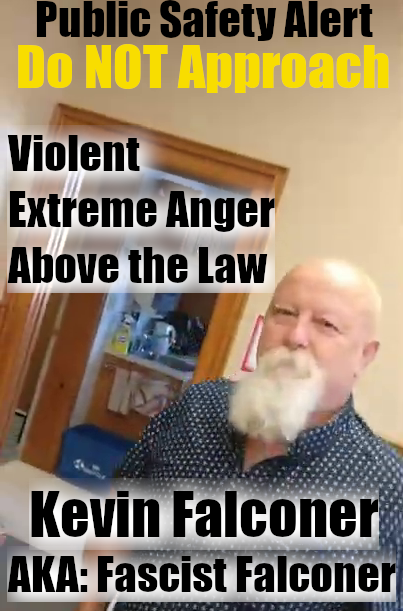 Councillor Kevin Falconer violated North Huron’s procedural bylaw which prohibits the use of recording devices during a public council meeting. Mr. Falconer took photo(s) at the meeting on 14Aug2020 of member(s) of the Public Gallery. Members of the Public have been arrested and charged for allegedly doing the same in the past. Clearly North Huron councillor kevin falconer does not believe he is bound by North Huron’s bylaws or the criminal code.


Fascist Falconer is now a lifelong member of The Hall Of Shame.
Assault At Town Hall Caught On Video - Councillor Breaks Law Then Attacks Citizen - Trailer Park To Be Given To Buddies